Highly technological tankers will transport the natural gas that will be liquefied at the Énergie Saguenay complex to world markets. In total, 3 to 4 vessels per week will be supplied to the plan in grande-Anse, which represent between 150 and 200 ships per year.

The transport of liquefied natural gas has an exemplary safety history

LNG has been transported for 60 years by sea.

In more than 60 years and 135,000 trips, no incidents have been reported that have led to a significant LNG leak, nor any harm to the public or the environment.

Ultramodern ships for the transport of LNG

The ships currently used to transport LNG are recent, state-of-the-art and specifically designed to ensure the efficient and safe transport of liquefied natural gas (LNG). In addition, GNL Québec will use vessels designed with unique specifications for safety and noise reduction in the Saguenay and the St. Lawrence rivers. Find out more about the ships that will transport Énergie Saguenay's LNG here

More than 550 vessels of this type worldwide

There are more than 550 ships of this type dedicated to the transport of LNG in the world and more than a hundred are currently under construction.

To prevent leaks and ensure increased safety, ships are fitted with:

GNL Quebec has been a member of the SIGTTO (Society of International Gas Tanker and Terminal Operators) since July 2019. It is a non-profit organization dedicated to the protection and promotion of safe and reliable operating practices. LNG carriers and gas terminals around the world.

In addition to specially trained crews, two certified pilots, members of the Corporation des Pilots du Bas-St-Laurent, experts in the St. Lawrence Seaway and navigation on the Saguenay, will pilot the tankers during each passage. between Les Escoumins and the liquefaction complex. 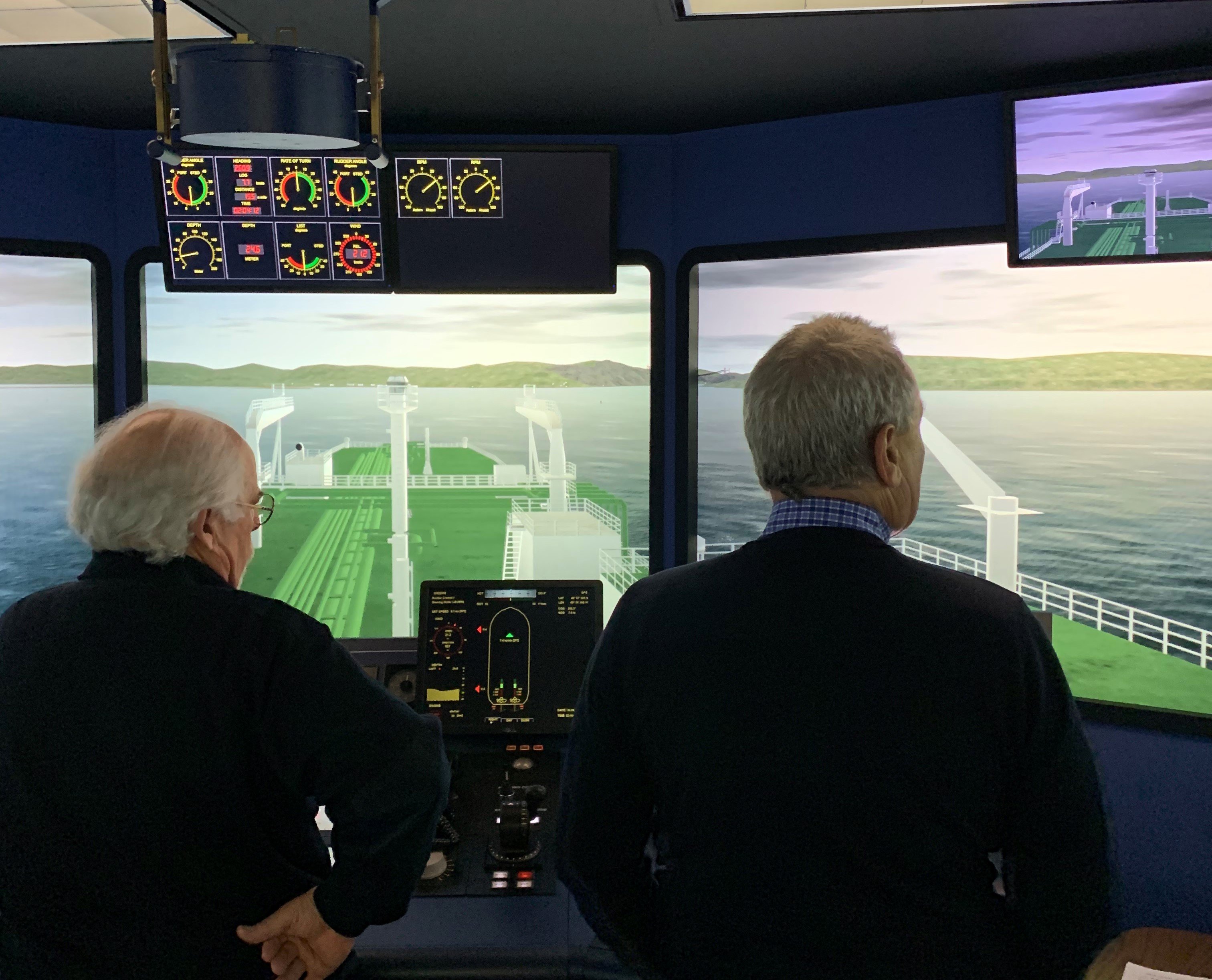 GNL Québec mandated the Maritime simulation and ressource center to carry out studies and simulations of tankers in the seaway of the St. Lawrence and Saguenay rivers. In these studies, several emergency scenarios were evaluated to confirm that even in the event of a major breakdown, it is possible to remain in safe control of the vessel.

Although not required, the tanker is accompanied in its transit through the Saguenay by a tug in order to increase the level of safety in the event of a major breakdown or breakage. In order to limit noise emissions, the tug is attached and pulled by the tanker. It can thus reduce its power.

Once at the quay, 2 additional tugs come to assist the tanker with docking and undocking maneuvers.

Harmonious coexistence between LNG ships and users of the Saguenay waterway

Cohabitation between LNG ships and other users of the Saguenay waterway is completely possible and safe.

The width of the Saguenay is sufficient to allow commercial vessels to navigate its center and pass or pass other ships, excursion boats and pleasure craft safely, without having to approach cliffs. Although the Saguenay is wide and deep enough to meet and overtake other commercial vessels, the pilots of the Corporation des Pilotes du Bas-St-Laurent plan the transits in order to avoid these maneuvers at all times in the section between Pointe Crêpe and Ile Saint-Louis. Establishing a meet and exceed policy is a recommendation that was made by GNLQ as part of the Termpol process.

In consideration of other users such as pleasure boaters and excursion boats, an awareness and communication campaign will be put in place before the start of operations. In addition, the schedule of vessels will be made available to parties who request it.

Let us also recall the advisory committees in place, in particular the monitoring committees with the First Nations, the extended advisory committee dealing with maritime issues and the round table on the tourism industry. Once the final logistics study has been completed and the navigation procedures and timetables have been completed, they will be shared through these committees and the stakeholders involved before the start of operations in order to submit them for consultation and to modify and adapt them if possible.

Highlights on the Saguenay waterway:

The waterway on the Saguenay is three times wider and 10 times deeper than the north channel of the St. Lawrence. It is an ideal waterway for accommodating ships.

Consultation and collaboration for GNL Québec and the Saguenay Fjord

The GNL Québec team is aware of the importance of the Saguenay Fjord as a major waterway, but also as a historical, cultural, environmental, tourist and economic gem, as well as its richness in terms of wildlife biodiversity and marine.

GNL Quebec has chosen to include stakeholders interested in maritime transport to join the advisory committee on the natural gas liquefaction complex already in place. This extended committee deals with issues that are specific to navigation in a clear and transparent manner. Remember that the committee is a privileged communication channel for informing stakeholders of the progress of the project and for openly discussing concerns with a view to improving the project.

To learn more about the enlarged committee on maritime transport, it's here.

In accordance with its values ​​and its corporate commitments, GNL Quebec wishes to be a leader in its field in terms of environmental protection and in terms of commitment to its host community. GNL Québec therefore submitted the Énergie Saguenay project to the TERMPOL review process, overseen by Transport Canada.

Transport Canada chairs the TERMPOL or Technical Review Process of Marine Terminal Systems and Transshipment Sites. The review process assesses the risks associated with the movement of tankers to, from and around Canada's marine terminals. Those involved in the construction and operation of a marine or gas terminal request a review.