Due to its location and other advantages, Énergie Saguenay is ideally positioned to deliver LNG to the Asian and European markets, where demand is growing strongly for natural gas as an energy source to replace coal, oil, and other highly polluting fuels. Natural gas is a complementary energy source to renewables, such as wind and solar, by compensating for their intermittence.

The global demand for LNG  is expected to grow from 360 million tonnes per year (“mtpa”) in 2020 to 700 mtpa by 2040, led by growing demand in both Asia (where major coal consuming nations like China, South Korea and Japan have committed to achieving carbon neutrality in the coming decades) and Europe (where more than 2,000 GW of coal-fired electricity production capacity must be replaced to achieve the goals of the Paris Agreement) and across global transportation (where oil is being displaced by natural gas as less pollutive fuel for marine and on-shore transportation). 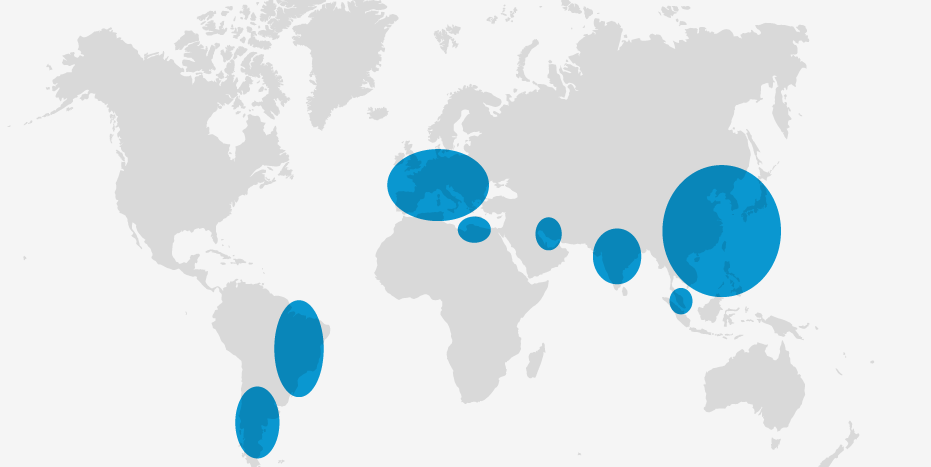 Global energy demand is expected to grow over the next 20 years according to the International Energy Agency's (“IEA”) annual World Energy Outlook, mainly driven by population growth and increase in prosperity, or the need to provide energy to populations that do not currently have it. For example, there are nearly 1 billion people on Earth who do not have access to electricity today.

According to a recent study by DNV-GL, a renowned Norwegian firm on energy issues, natural gas will become the most widely used energy source in the world from 2026. Also according to DNV-GL:

“Natural gas will continue to provide the energy security and stability necessary to support the deployment of renewables, and to be the energy source of choice for securing energy supply during times of peaks or unforeseen demands. "

Data from the IEA and simulations from the IPCC demonstrate the increasingly important role played by natural gas and LNG in the global energy mix in the energy transition. Natural gas is the only traditional fossil fuel whose demand is growing to complement the strong growth of renewable energies.

Displacing coal is critical to cleaning up the global energy mix

The evolving global trend is for the energy mix to consist of mainly renewable energies accompanied by natural gas and LNG. This trend is evolving due to the need to replace coal in many countries such as Germany, Japan, South Korea in order to meet the requirements of the Paris Accords.

The gas that will be liquefied in Saguenay will be exported to countries in Europe and Asia whose energy policies are focusing on reducing their carbon footprints, in part by replacing coal with cleaner fuels - not only for power generation but also for thermal heat and other industrial applications.