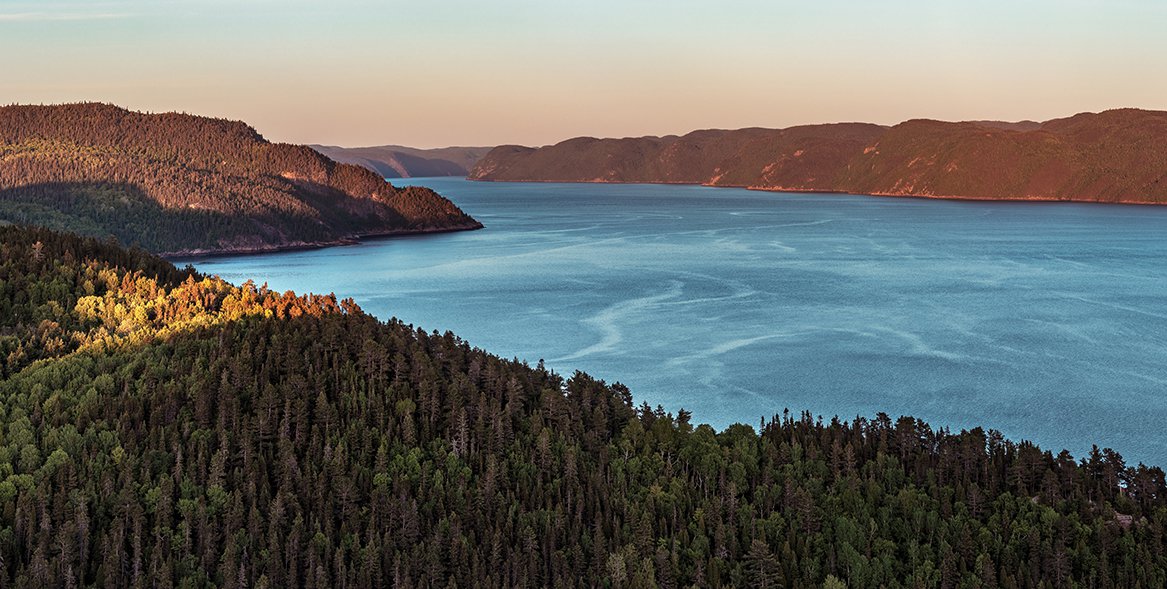 Our goal is to empower citizens and regions where comparable energy sources are not accessible, reliable or affordable.

Energy is fundamental to the quality of life for people around the planet. The contribution of energy to economic development, poverty reduction, support for education and the general increase of our quality of life and that of humanity is a cornerstone of the United Nations Sustainability Goals. And yet, an estimated 1.1 billion people do not have access to electricity per the International Energy Agency (IEA), a reality for 14% of the global population which is often overlooked by citizens in urban centers and developed nations.

It is in this global context that the Energie Saguenay Project is committed to providing reliable, low-greenhouse gas (GHG) emitting energy to meet the world’s growing energy demand as populations expand, economies grow, and prosperity increases in developing countries. Energie Saguenay aims to empower citizens and regions where comparable energy sources are not accessible, reliable or affordable.

Quebec can be part of the global energy solution and has a special opportunity to become a leader in fighting climate change, reducing global GHG emissions, and reducing pollution by leveraging its unique attributes.

Quebec is innovating locally through the Energie Saguenay Project and will be a global leader in delivering lower GHG emitting energy to meet the planet’s growing energy needs.

Making a difference at home and around the world

This commitment is unprecedented for any energy infrastructure of this magnitude and truly differentiates Energie Saguenay from any other LNG project in the world. GNL Québec is moving a step further by putting sustainability at the core of its company mission, showing that economic growth and sustainability can be mutually reinforcing.

In addition, the Project will be a catalyzing leader in the energy industry by implementing artificial intelligence (AI) and machine learning to further enhance environmental and economic performance along the entire value chain. LNG exports through the Energie Saguenay project are, in effect, Quebec’s best opportunity to export its clean renewable hydropower and reduce global emissions. A true win-win-win project.

The world will need significantly more energy to meet this expansion of population and increase prosperity for people who have limited access to energy. Quebec can be part of the global energy solution and has a special opportunity to become a leader
in fighting climate change, reducing global GHG emissions, and reducing pollution.

One of the biggest challenges of the 21st century is ho w to meet the growing global need for energy while addressing climate change and GHG emissions. In the 20th century, coal and oil were the primary energy sources that fueled the industrial
revolution. It is projected that global energy demand will increase by 25% over the next 20 years. Although the world’s energy mix is shifting to include renewable energ sources (primarily for power generation), coal and oil are still anticipated to supply over 40% of the world’s energy in 2040.

Alongside renewables, only natural gas is forecasted to proportionally grow as part of the energy mix due to both its abundance and its more environmentally enhanced attributes (compared to higher-GHG emitting and more pollutive fuels such as coal and oil).

Improving energy efficiency, innovating with new technologies, enacting sound government policies, replacing high GHG/polluting energy sources, and changing human behaviour patterns, are all essential solutions to address the threat of climate change. Energy demand will increase due to population growth and an increase in living standards in developing countries, but it is imperative to simultaneously tackle the issue of carbon intensity per capita and provide access to cleaner energy solutions around the world.

A recent study has shown that mortality caused by air pollution has been largely underestimated and that it could cause 8 million deaths globally each year while simultaneously reducing life expectancy by approximately 2 years1.

According to The Lancet2, air pollution in India could be the cause of 1.2 million deaths per year and a life expectancy reduction of more than 5 years for residents. About 60% of India’s and 72% of China’s electricity are produced through coal-fired power plants. In addition, coal is likely to dominate both India’s and China’s energy mix for decades to come. (In India, the majority of coal is “unwashed” to keep costs low, leading to 30-50% ash content and higher pollution levels.) Other East Asian and South- East Asian countries like Japan, Thailand and Vietnam rely on coal for their 20-34% of their energy needs. Over the past thirty years, coal demand in Asia has increased 3.5-fold3.

Thailand4 is the clear leader in solar capacity in SE Asia, however, it still produces more than 20% of its power from coal today. The IEA expects installed power generation capacity in South-East Asia to increase by more than 565 gigawatts (GW) by 2040, from 240 GW today.

1 Air Pollution Reduces Life Expectancy by Nearly 2 Years
2 The impact of air pollution on deaths, disease burden, and life expectancy across the states of India
3 Asia’s coal addiction puts chokehold on its air-polluted cities
4 Balance of power tilts towards renewables in Asia Pacific 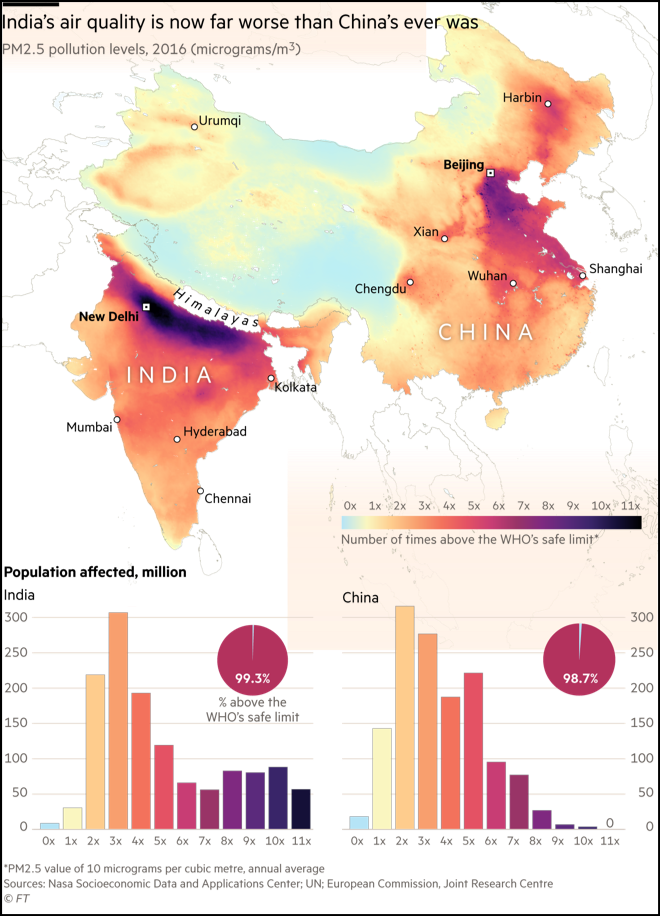 The burden and impacts of air pollution and climate change are not Asia’s alone to bear – climate change impacts every country in every continent. Even in Europe, countries like Germany (21%), Turkey (28%), Poland (48%) use coal for a significant proportion of their energy needs.

Energie Saguenay, through the displacement of coal in Europe and Asia, will have a direct impact on mitigating global pollution as the consumption of natural gas essentially does not generate PM2.5 particles and natural gas produces 50% less greenhouse gas emissions than coal.0 % moins d’émissions de gaz à effet de serre que le charbon.

“Providing low-GHG emitting energy to developing countries will be essential to allow them to improve their quality of life while developed countries are reducing their energy intensity.”

The availability of energy is essential to countless parts of our modern existence. We rarely stop to think how much energy is required to sustain our quality or life or from where that energy comes. There is a substantial difference in energy intensity (energy use per capita) between developed and developing countries. As economies grow in developing countries, so too do their energy needs.

Improving energy efficiency, decreasing energy intensity, and switching to lower GHG emission fuels in developed countries, particularly in North- America, is vital in reducing global GHG emissions. Even still, these efforts will be overshadowed by  significant increases in energy usage in developing countries in line with the need to improve quality of living, education and health around the world.

In the global energy transition over the next 50 years, intermittent renewable energy sources will need to be complemented by low GHG emitting energy sources like natural gas as the world strives for a low carbon energy mix. Energie Saguenay will provide one of the best solutions to enable developing countries to meet their growing energy needs by providing hydroelectric- driven low-GHG emitting LNG.

On a global climate change basis, the continued increasing global demand of oil and the use of coal in China, India, South- Eastern Asia, Europe and North America has created two GHG climate change fallouts for the planet. The first fallout is, the production and emissions of CO2 from burning coal and fuel oil to fuel the world with energy. CO2 emissions have a direct impact on climate change, which has accelerated in the last decades. The second is emissions stemming from leaks or unintended release in coal mines, called fugitive emissions – which is correlated to the growing needs of primary energy. As an example, China’s coalmining fugitive emissions alone have grown at a rate of 1.0 to 1.2 million tons/year of methane. On a yearly basis, methane fugitive emission from coal mines alone in China account for at least 20 MT/ year which is 7 times the emissions in US coal mines. There is no indication that this trend will stop.

Replacing coal with natural gas, reduces GHG emissions by more than 50% through efficient, established and well-known technology and well-enforced environmental standards – during production, transportation and during final consumption to generate electricity or heat.

Natural gas is one solution for reducing global GHG emissions due to its environmental attributes. For example, burning natural gas creates at l least 50% fewer GHGs than burning coal and 25% fewer GHGs than burning oil. In addition, natural gas has a significant environmental advantage over coal, bunker fuel, diesel and oil because gas does not contribute to SOx, NOx and fine particulate pollution – which are major contributors to the air quality challenges experienced in many Asian and European
countries today. These less wellknown forms of pollution have significant negative effects on life expectancy, human health and quality of life around the world and, in particular, for citizens in countries that burn significant quantities of coal.

The global  expansion of natural gas is benefitting from the flexibility and growth in the LNG industry. There were 35 countries importing LNG in 2010 and that number is projected to increase to 60 countries by 2030. Natural gas will continue to be a very important fuel as the world strives to transition to a lower carbon energy mix.

Quebec and the World Stage

Governments around the world and major international organizations, such as the United Nations Framework Convention on Climate Change (UNFCCC), recognize that the use of energy is inseparable from social & economic development and climate change. The contributing role of greenhouse gases in climate change is wellestablished. As a result, the reduction of GHG emissions has become a very important theme for Quebec, for Canada, and for the international community. In Quebec, two major approaches have been highly supported: the reduction of GHG emissions and implementation of renewable energy sources. In this context, Energie Saguenay’s goal is to lead an exemplary project with limited local impacts while significantly reducing global GHG emissions.

In the context of an energy transition towards a less carbon-reliant global economy, GNL Quebec’s primary mission is to make natural gas available to meet the world’s growing energy demand by building an LNG liquefaction and export facility at the port Saguenay- Quebec. This facility will generate substantial economic and social benefits for the national, provincial and regional economies, and will be an industry benchmark facility in reducing global GHG emissions.

In addition to delivering on its primary mission, GNL Quebec is aligned with the intentions expressed in the most recent Energy Policy of the Government of Quebec and will implement solutions to support the Policy a  a sustainable energy project that enables the Quebec Province to transition to a lower GHGemitting economy.